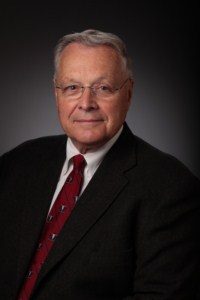 Dr. Buckley has 16 years of service with both line operations and the Medical Service of the US Air Force; serving as Program Director for the largest Surgical Residency in the United States military. He also spent 15 years in the private practice of vascular surgery in San Antonio, Texas. He is involved in both the teaching and practice of vascular surgery at Baylor Scott & White Hospital and the Central Texas Veterans Health Care System in Temple, TX.

Dr. Buckley is a member of many prestigious professional organizations. He is a Fellow of the American College of Surgeons, a Distinguished Fellow of the Society for Vascular Surgery, the International Society of Endovascular Specialists and the Texas Surgical Society, to name but a few. He is a Past President of the Texas Surgical Society. He is President-Elect of the International Society of Endovascular Specialists.

Dr. Buckley is actively engaged in research. He is currently the local PI for the Endologix EVAS I study. He has also served as local PI for many device studies conducted by Endologix, Medtronic, Gore and Cook. His other research interests involve arterial and venous disease of the lower extremities.

Dr. Buckley has authored over 70 peer-reviewed articles, 6 book chapters and twice served as Co-Guest Editor for Seminars in Vascular Surgery.